The general sense of the word “healthy” indicates routine behavior such as diet and exercise, but it also excludes certain conditions such as injuries and illnesses. When one’s desire is to become healthy, the general expectation will be around two areas: becoming consistently fit, and avoiding the occasional injury or illness. While both goals are as important, they are achieved through very different methods. Similarly, our buildings work like our bodies. To enjoy an energy efficient building, your overall strategy must address two different areas of energy efficiency: The regular routine (automation) and the irregular (anomalies). Each area has its own unique requirements and methods to manage. Addressing only one of the two areas of efficiency—or often just as bad, applying the same strategy to both areas—means you are likely wasting energy. And that’s leaving dollars on the table.

3 Concepts You Should Be Familiar With

Energy Waste: Energy waste occurs when your building is using more energy than it should for the present intended operation, and is, thus, wasting dollars. This can be caused by a malfunction, sub-par sequence of HVAC operation, behavior of occupants, and many other factors. As electricity is invisible, identifying waste and quantifying the dollar-impact is a complex problem to solve.

Automation (the steady state/regular area of energy): This is the regular or ‘routine’ area of managing consumption. You get this by managing the control systems in the building.

A Big Problem: Up to 43% in Energy Savings

The BOMA International Building Energy Efficiency Program (BEEP; BOMA 2006a) reports energy potential savings are 10.5-43.2% through changes in O&M and occupant behavior (i). This means that between 10.5-43.2% of your energy costs can be avoided and are thus considered waste.

But why so much waste? There are a few factors driving this:

As with most blind spots, they are often hidden in plain sight. And so we need to re-train ourselves to see them. Here is an example to illustrate. Imagine two different sized tanks. Both are always full of water. One of your tanks is larger, while the other is smaller (see Figure 1). 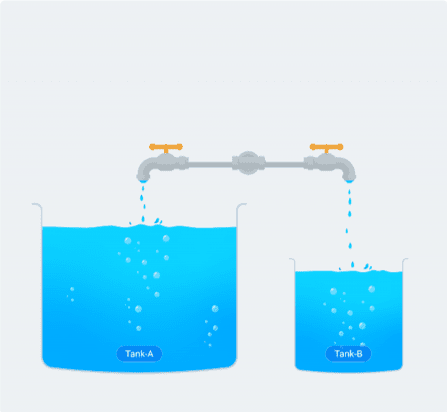 Knowing a fact about the nature of tanks that, on average, 30% of tanks leak and waste water—which of the two tanks will you spend your time monitoring?

The common practice is to monitor the larger tank, because, the thinking goes, since it is larger, it will leak more. But this is a false assumption. The reality is that we don’t know which tank will leak more. It is possible that the larger tank never leaks. Or, if it leaks, it could be at a much lower rate than the smaller tank (as in Figure 2). 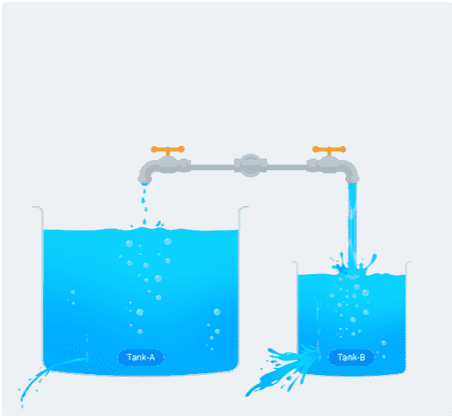 The same concept applies to energy consumption in buildings. Energy waste can occur in any area of the building and can be generated from smaller systems—and it is not limited to the nominal capacity/size of the system. Meaning, just because the system is small doesn’t mean it cannot be a large waste risk.

Consider another example: a malfunctioning VFD on a 30% oversized motor can more than double the consumption, and waste 137% of its normal consumption. Meaning, if such motor normally consumes $100, a failed VFD can end up wasting $137 on top of the normal $100 (ii).

Another example of small consumption adding up to considerable waste would be a space heater under a cubical that is run for an extended period.

Now that we know waste can occur in considerable amounts in almost any electrically powered system in the building, detection of such waste requires monitoring of every possible cause of waste. But using data generated by the control/automation systems (associated with mostly larger systems) as a waste monitoring strategy leaves a large area of the building unmonitored. Smaller systems, like the VFD, space heaters, or myriad others show us this.

Put another way, the blind spot in energy efficiency comes when we try to manage waste in the same way we manage the normal consumption, that is using controls. We must think differently and use a different approach to capture energy waste. One way to eliminate this blind spot is by monitoring general areas, and not systems.

(i) BOMA 2006a. Energy Efficiency Program (a series of six courses) – referenced in ASHRAE’s Energy Efficiency Guide for Existing Commercial Buildings: The Business Case for Building Owners and Managers, 2009, page 5.